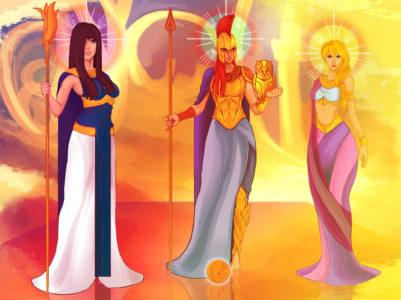 Three goddesses Aphrodite, Athena, and Hera, claim the title of the most beautiful woman.

Judge for this beauty contest is Paris, a young mortal, well known for his fairness.

In an attempt to bribe him, each goddess promised him gifts.

Hera offered him to be the king of Europe and Asia. Athena offered wisdom and skill in war. Aphrodite offered him the world’s most beautiful woman.

What was Paris’ choice?